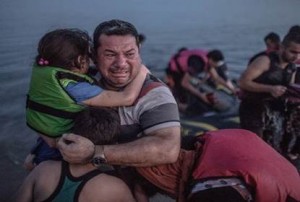 As the Syrian war draws on and the ranks of displaced people grow ever larger, Europe arguably faces its largest refugee crisis since the second world war. The movement of people across the Mediterranean and the Balkans has alternately revealed official incapacity, reactionary violence, and outpourings of voluntarism and support. In recent weeks, some commentators have objected to the characterization of those in flight as migrants, insisting that the term misrepresents their movement as voluntary as a way of denying them basic human rights. Is this so? How can other instances of voluntary and involuntary migration shed light on the current crisis? Four scholars will put the crisis in historical perspective by analyzing varied experiences of displacement, from the persistent plight of African asylum seekers in Europe to the Southeast Asian diaspora in the United States.